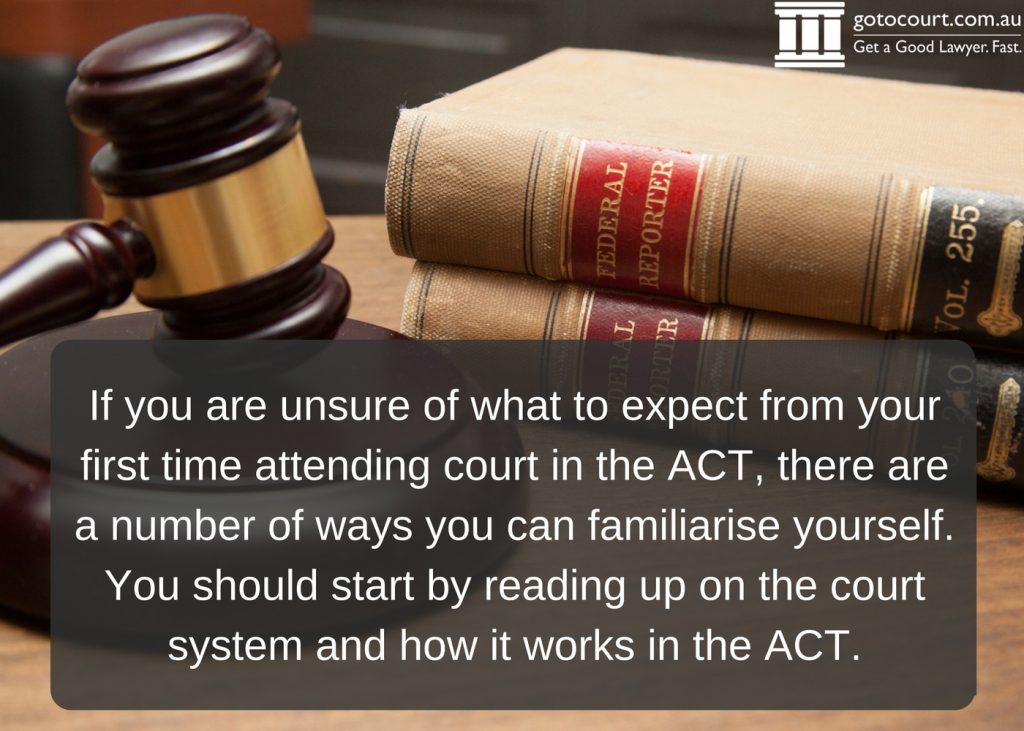 Ms Norton would sometimes receive up to five letters a day – including on weekends – from her ex-husband’s lawyer. The letters were sometimes angry, allegedly threatening and, according to a presiding judge, inflammatory and accusatory. Regardless, Norton would have to pay for her lawyers to read and respond to each one.

“The letters alleged that in being forced to leave the family home I had chosen to adopt a nomadic way of life,” Norton tells Guardian Australia.

In September the law reform commission launched its review into the family court system.

Pauline Hanson joins Labor in praising review of family law
Read more
By the time the property and custody aspects of the bitter court dispute were settled, she and her ex-husband had accrued more than $860,000 in legal fees.

Norton says as well as the repeated letter-writing, the case also involved multiple court applications and aborted legal mediations – all of which cost to launch and respond to.

It amounted to a form of financial abuse, she feels, and one that was able to happen in the current court system.

“As the family court system falls apart, all of the unethical, unscrupulous, bottom-feeding lawyers converge to extract money from the carnage,” she says.

She says her story is not uncommon, based on other people she has spoken to who have also gone through the family court, and it had a particular impact on victims of domestic violence and children from those relationships who, for instance, did not want to comply with custody orders to visit one parent.

Norton says one lawyer revealed to her that “he had billed the entire assets of a client in legal fees – he said it as a joke, like, ‘I’m about to get a bollocking from a judge’.”

The “eye-watering” legal charges accrued in the acrimonious family court dispute prompted the presiding judge to refer lawyers to the legal services commission.

In his judgment Justice Robert Benjamin noted the large volume of correspondence between solicitors that were attached to the affidavits, including some within the 500 pages of exhibits to the father’s affidavit.

“Some of those letters were inflammatory and reflected the anger of the parties or one or other of them,” he said. “The letters were at times accusatory. They were often verbose and at times involved unnecessary tit-for-tat commentary. Some of the letters served little or no forensic purposes.

“Solicitors are not employed to act as ‘postman’ to vent the anger and vitriol of their clients.”

He requested the the Legal Services Commission of New South Wales “investigate and consider whether the costing and approaches adopted by each of the current solicitors for the parents in these proceedings … could constitute professional misconduct or unsatisfactory professional conduct by either one and/or other of the solicitors”.

In the judgment, which Benjamin renamed as Norton v Simic in order to de-identify the parties and their children, he noted he had previously expressed concern about the high charges of lawyers in property and parenting proceedings, but his concerns “have seemingly gone unheeded”.

In the Sydney registry of the family court I have observed what seems to be a culture of bitter, adversarial and highly aggressive family law litigation.

Whether this win at all costs, concede little or nothing, chase every rabbit down every hole and hang the consequences approach to family law litigation is a reflection of a Sydney-based culture by some or many litigants or whether it is an approach by some legal practitioners or a combination of both, I do not know.

Whichever is the cause, the consequences of obscenely high legal costs are destructive of the emotional, social and financial wellbeing of the parties and their children. It must stop.

Benjamin said he could not make any comment on the appropriateness of the fees charged by the two parties’ counsel – who he described as competent and attracting no criticism in terms of their interaction with the court.

The barristers for both parties were not criticised and Benjamin did not have details of their fees.

Benjamin said that legal practitioners – who were often representing people for their first interaction with the family court – had a duty to minimise costs and reduce conflict.

“The children of these parties depend upon the income and assets of their parents to support them,” he said. “Yet, in this case, the costs of the proceedings have taken a terrible toll on the wealth of the parties and consequently their ability to support and provide for their children.”

Norton says the system as it is now is broken and frightening, and doesn’t protect children.

One of her children was hospitalised during the case, suffering severe mental health issues.

“The public health system will only treat children if it’s a life-or-death matter because they can’t treat children who are subject to legal matter, it is a policy,” she says.


Government accused of 'outsourcing' family law policy to Safe School critic
Read more
“Once [the child] was stabilised they were released into the care of an extremely welcome and credentialed psychiatrist. Then when [the child] was stable they said they couldn’t treat children who were subject to legal action.”

Norton has also lodged her own separate complaint about the opposing solicitors to the legal services commission, so that she can be notified of the outcome herself and be able to provide further evidence or raise further issues if required. In it she accuses the solicitor of “threatening, intimidating and abusive conduct”.

In September the law reform commission launched its review into the family court system.

At the time the attorney general, George Brandis, said it would focus on areas of key concern for families.

“These include ensuring the family law system prioritises the best interests of children, best addresses family violence and child abuse, and supports families, including those with complex needs, to resolve their family law disputes quickly and safely while minimising the financial burden.”

It will consider reforms to promote earlier and more cost-effective resolutions in family disputes.

Sarah Henderson, who sat on a parliamentary inquiry into the family violence and family law, told the ABC on Monday the inquiry found “many people were falling through the cracks”.

“The safety of children and child protection were key issues,” she said. “Some of the key recommendations were that family violence must be determined early in the proceedings. This ensures the right orders are made to protect children and too often that is not happening.”

Henderson said they recommended an initial assessment be made before any custody decisions and that shared equal parental responsibility should be abolished because it was being applied improperly and led to unsafe outcomes.

Some changes had already been made, including a stop to domestic violence perpetrators being allowed to cross-examine witnesses in court.

Norton says the system needs an overhaul but is sceptical of the law reform commission’s review.

“The problem is the culture of the court,” she says. “The system is … profoundly worrying. Lawyers apparently cannot investigate other lawyers. I know Malcolm Turnbull has referred it to the law reform commission but the law reform commission has done a whole swathe … of reviews on the family court and has achieved precisely nothing.”
Pauline Hanson joins Labor in praising review of family law
This article is more than 1 year old
One Nation leader says she is ‘so happy’ George Brandis has announced the review, which will report back in 2019

He wants the commission to consider if the family law system still prioritises the best interests of children, best addresses family violence and child abuse, and helps families resolve their family law disputes quickly and safely while minimising the financial burden.


Gillian Triggs: Australian law has fallen prey to 'isolation and exceptionalism'
Read more
The commission has been asked report back to government by 31 March 2019.

Mark Dreyfus, the shadow attorney general, welcomed the government’s review, but criticised Brandis for creating some of the pressures on the system the review was intended to examine.

“His failure to appoint a federal circuit court judge in Newcastle for 12 months, for example, has created huge backlogs in that jurisdiction that have harmed families,” Dreyfus said on Thursday.

“Threatened cuts to legal assistance services have created major uncertainty for a key support network in the family law system, and the government has still not announced any funding to facilitate an end to domestic violence survivors being cross-examined by their abusers in court.

“None of these problems can afford to wait until the report’s due date in 2019. Action must be taken concurrently with the ALRC’s work,” he said.

Hanson said she was “so happy” with the news. She has campaigned for changes to the family law system for years, claiming it unduly advantages mothers in family breakdowns.

“What needs to be addressed is the domestic violence orders. Women, mostly women, are going out throwing them around left, right and centre,” she told Channel Seven’s Sunrise program.

“A domestic order, or an AVO … if the partner wants to ring up and say ‘look I want to see my children’, well that’s a DVO. How ridiculous is that? Because they call that harassment.

“What I would like to see is that children, at point of separation, [the parents] have joint custody. Unless that parent has a criminal offence against them, they are on drugs, or they have a domestic violence order already on them. This is what I’ll be pushing for.”

Fiona McLeod, the president of the Law Council of Australia, also praised the announcement of the review.

“The Law Council has long been warning that our family law system is in crisis, primarily due to a lack of funding and resourcing,” she said.

“While the number and complexity of family law cases has increased sharply in recent years, resourcing has not adequately increased to compensate.

“Those on the frontline of our family law system have been sounding the alarms for years. So ‘the appropriate, early and cost-effective resolution of all family law disputes’ is a very appropriate focus of recommendations in this review.

“The current lack of resources has meant that families facing the most serious family law issues are waiting for up to three years or more before a final trial,” she said.


Pauline Hanson's popularity spooks Labor before Queensland election
Read more
Brandis said on Thursday there were always financial demands on the system, but the Coalition had still managed to beef up the federal circuit court of Australia, which now has more than 60 judges and deals with nearly 90% of family law matters.

“Now that was actually a court that, during the previous Labor government, at one stage, they wanted to abolish,” he said.

“So of course there are pressures on the system, but we have put more judges into the system to deal with family law matters.”

Brandis has appointed Prof Helen Rhoades to lead the two-year review. Rhoades has been a professor at Melbourne law school since 2012, the co-convenor of the Melbourne Law School’s family and children’s law research group, and the chair of the Family Law Council from 2010 to 2016.